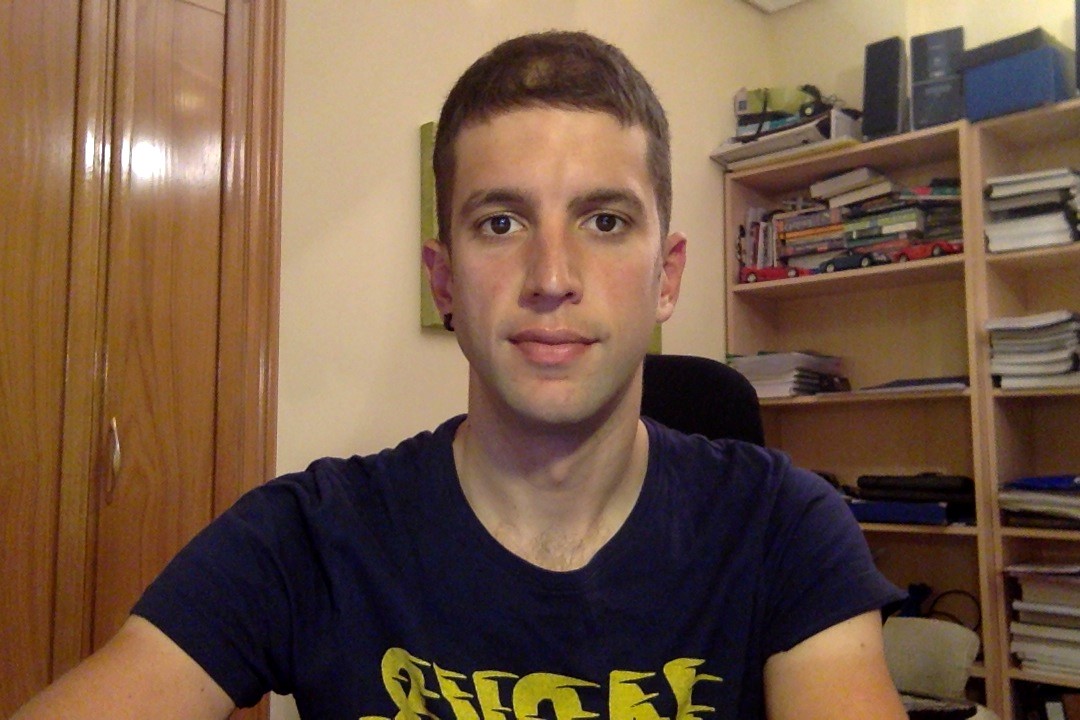 Our EDMANS member, Javier Antoñanzas Torres, obtained the degree of PhD this May 07th with his thesis entitled "Estimation and forecasting methods for design and operation of photovoltaic plants". This thesis was directed by PhD. Francisco Javier Martínez de Pisón and PhD. Fernando Antoñanzas Torres.

Some important contributions in JCR journals of this Thesis are: 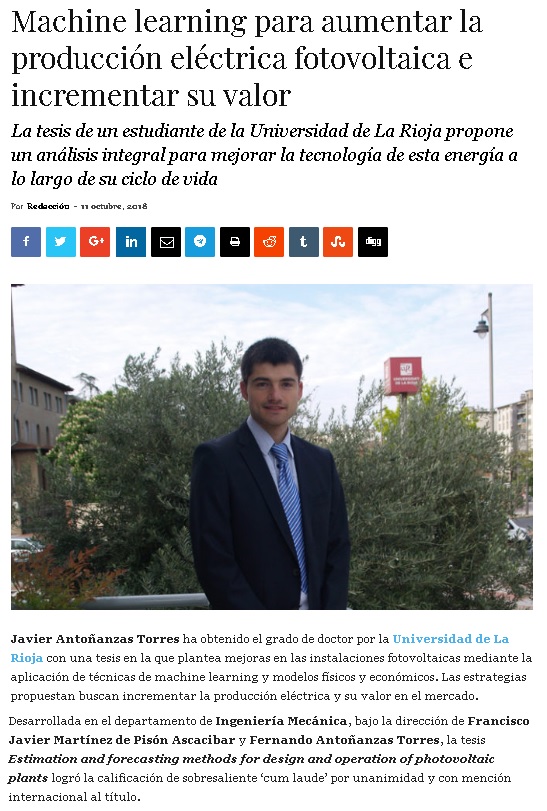 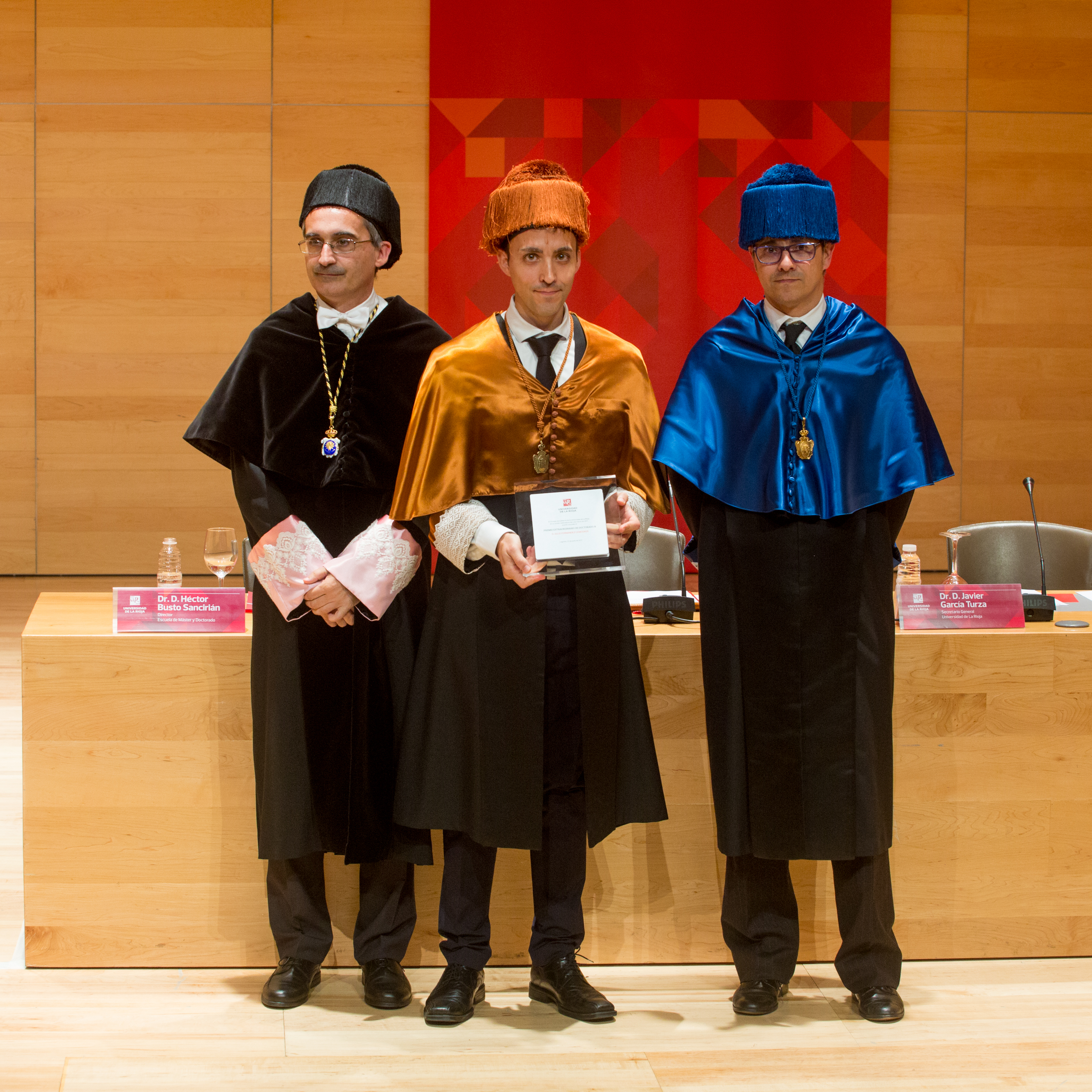 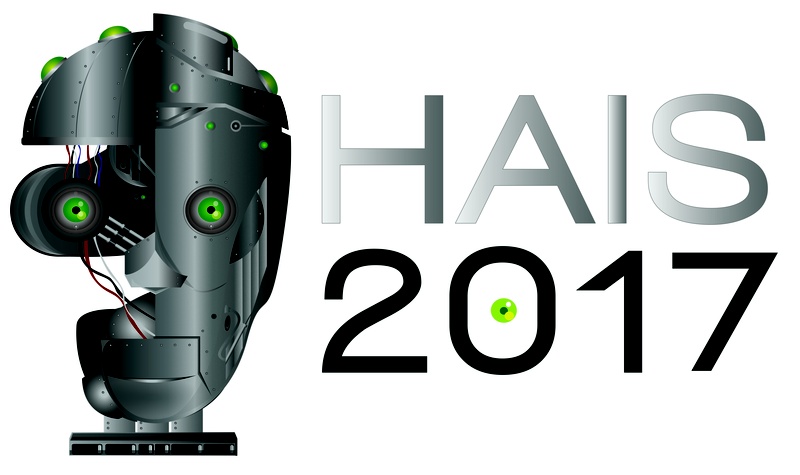 EDMANS group organizes the 12th International Conference on Hybrid Artificial Intelligence Systems which will be held in Logroño, Spain, in 21st-23th June of 2017.

The 12th International Conference on Hybrid Artificial Intelligence Systems (HAIS’17) combines symbolic and sub-symbolic techniques to construct more robust and reliable problem solving models. Hybrid intelligent systems are popular due to their capabilities in handling many real world complex problems, involving imprecision, uncertainty and vagueness, high-dimensionality. They provide us with the opportunity to use both, our knowledge and row data to solve problems in a more interesting and promising way.

HAIS Series of Conferences provides an interesting opportunity to present and discuss the latest theoretical advances and real-world applications in this multidisciplinary research field.

Conference on 3D bioprinting at CIBIR

Enrique Sodupe, one of the PhD students of the EDMANS group, is giving a conference on the CIBIR next Thursday 21 July where he will talk about his research on 3D bioprinting. 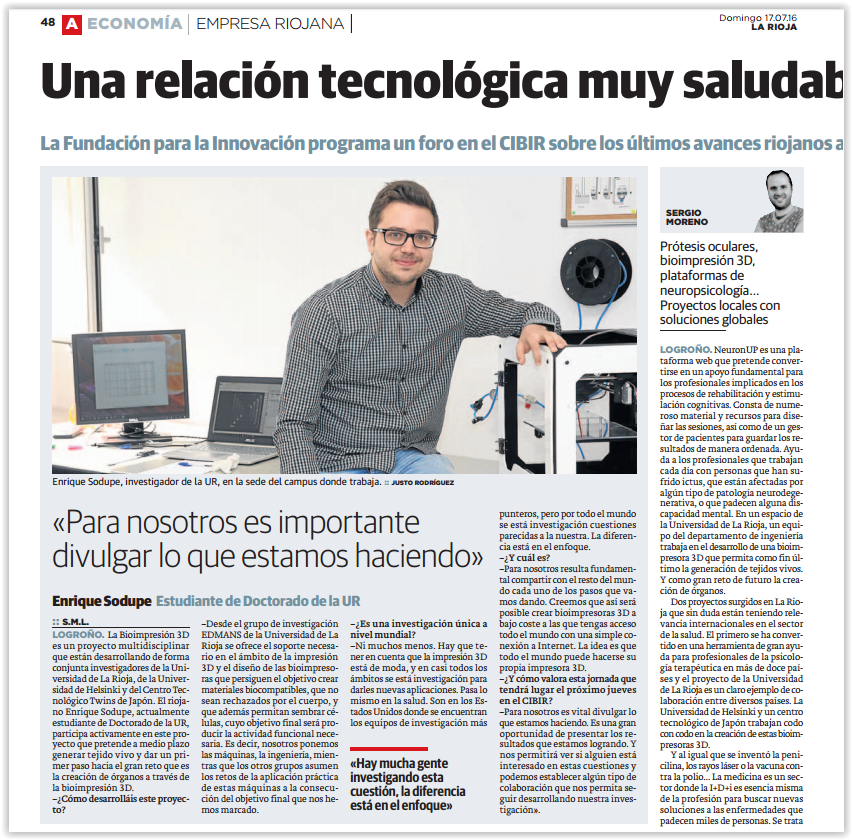 EDMANS's member, Fernando Antoñanzas Torres, obtained the degree of PhD this April 18th with his thesis entitled "New methodologies and improved models in the estimation of solar irradiation". This thesis was directed by also EDMANS's PhD. Francisco Javier Martínez de Pisón and PhD. Oscar Perpiñán Lamigueiro from Universidad Politecnica de Madrid. His contributions have been published in over twenty research articles in the Journal Citation Report and international conferences.

More about this new at: http://www.unirioja.es/apnoticias/servlet/Noticias?codnot=4488&accion=detnot 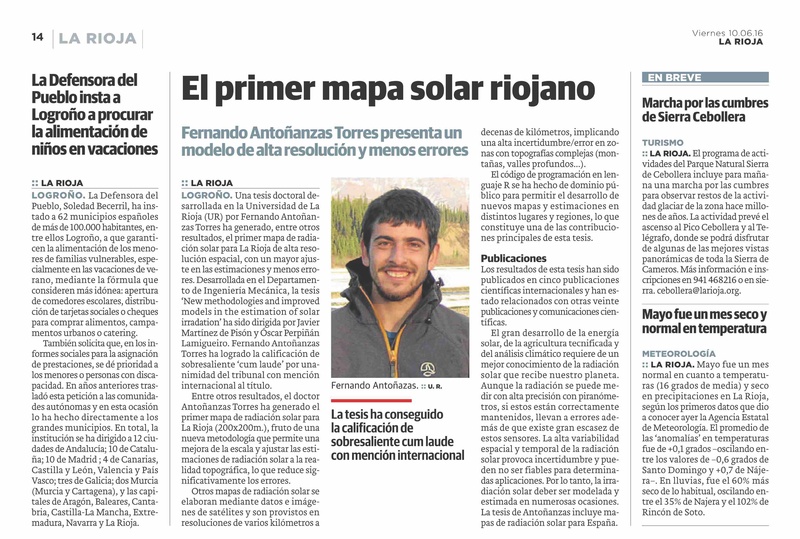 Our PhD student Enrique Sodupe-Ortega has begun a research stay in the Institute of Advanced Biomedical Engineering and Science at the Tokyo Women's Medical University. He will be working  the following 6 months in the development of new additive manufacturing and bioprinting tools by means of Open-Source technology. 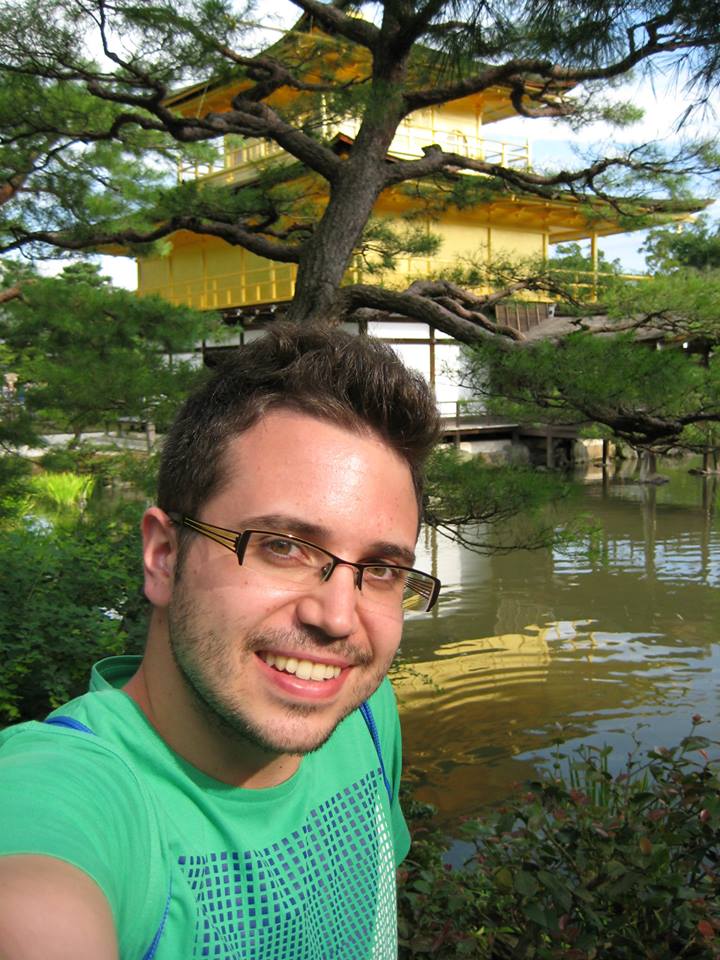 More about this new at: http://www.unirioja.es/apnoticias/servlet/Noticias?codnot=3995&accion=detnot 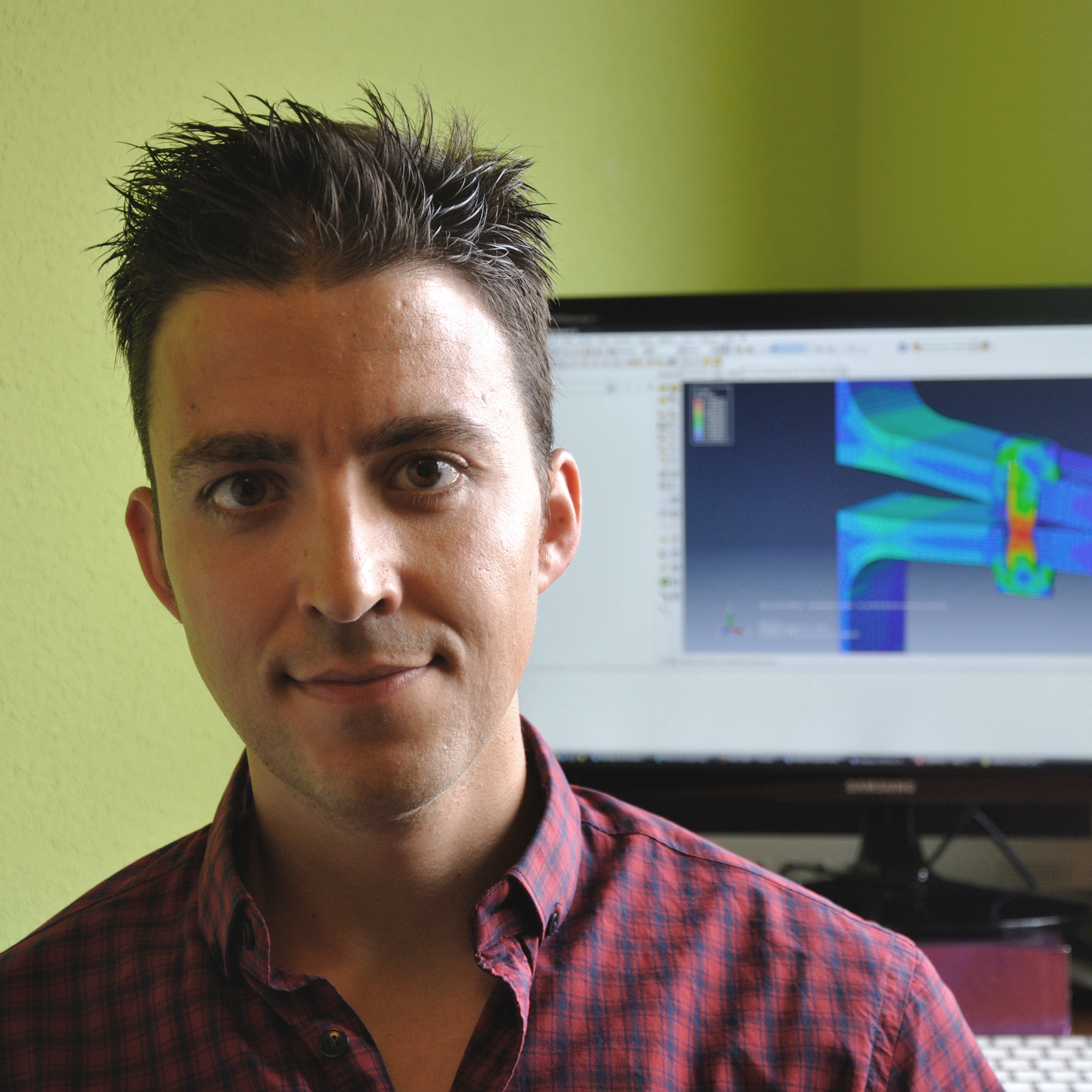 Alpha Pernía attended the 1st International Conference on Higher Education Advances in Valencia (24-26 June) to present studies related to innovative teaching experiences. The works focused on micro-project based learning, which proved to be successful in enhacing student's motivation and performance. 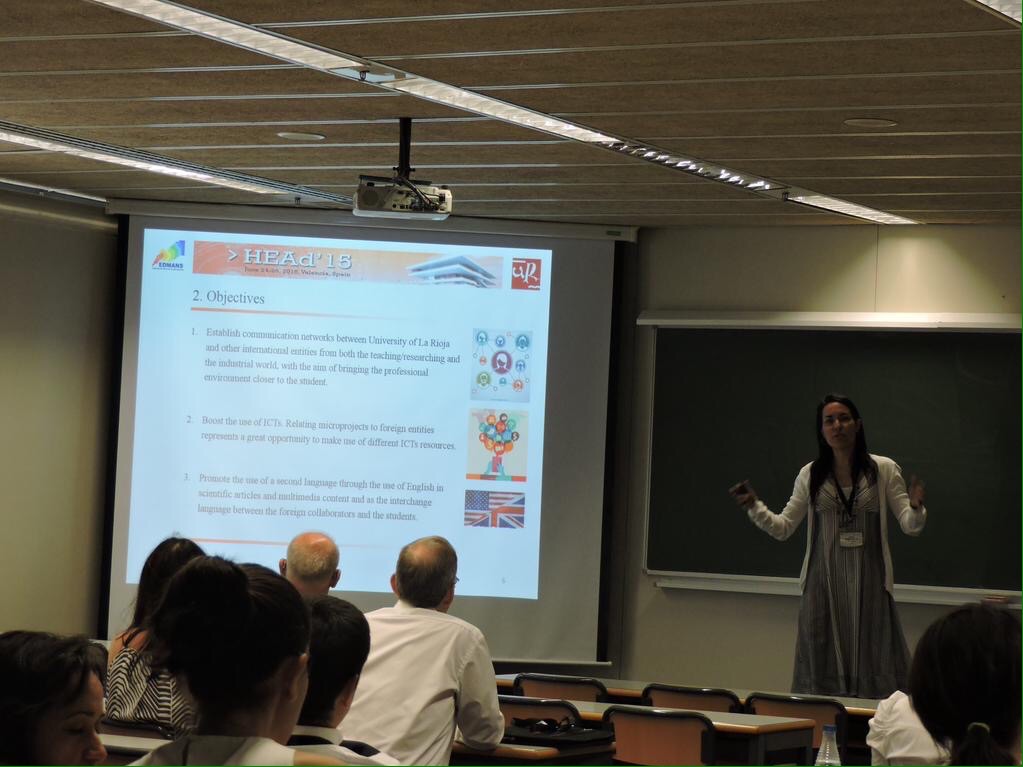 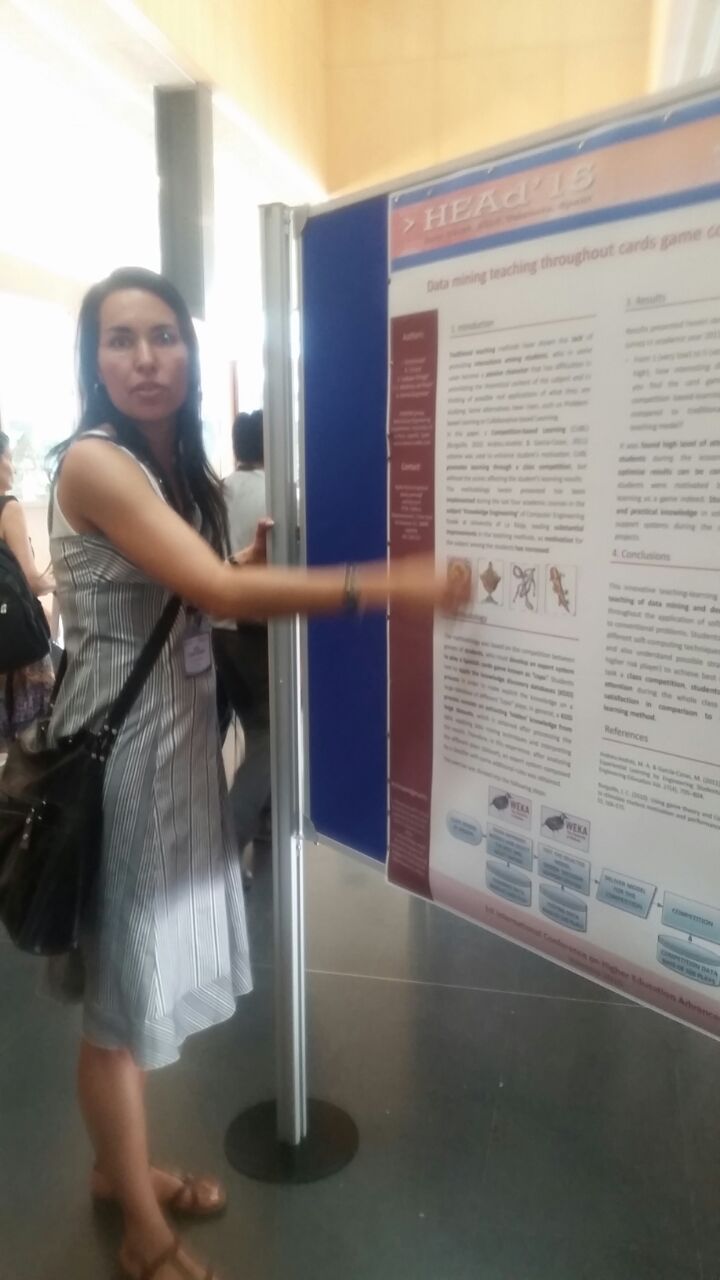 Javier Martínez de Pisón and Rubén Urraca have attended to the Hybrid Artificial Intelligence Systems (HAIS 2015) at DeustoTech (Bilbao, 21st-23rd June). This international conference brings together experts around the globe on learning algorithms, image analysis and applications of this techinques on real-case problems. In the case of the researchers of EDMANS group, Javier Martínez-de-Pisón has presented an hybrid methodology based on GA to automaize the training process of modeling techniques while Rubén Urraca has shown a new library in R to train extreme learning machines (ELMs) using GPUs.

Boths studies have been published and are fully available in the following links: 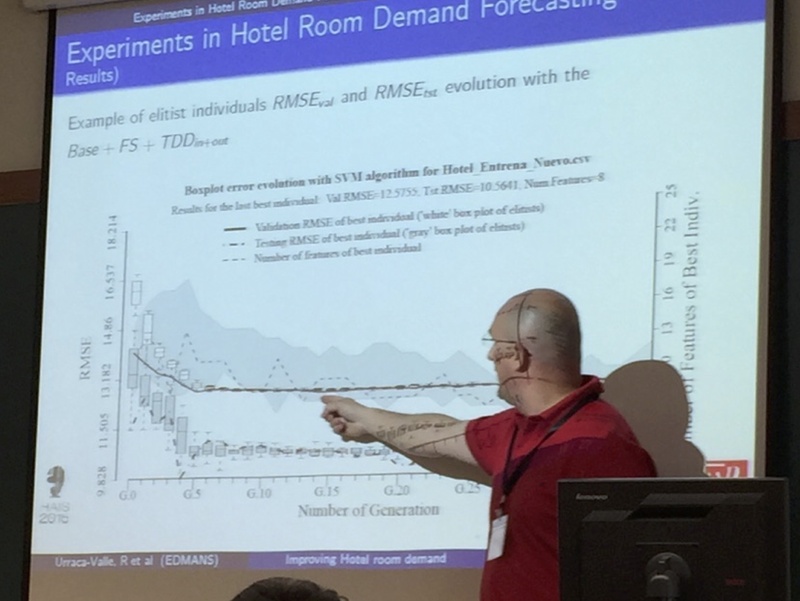 The Antonanzas brothers (Javier and Fernando) assisted to the World Renewable Energy Forum (WREC XIV) in Bucharest (June 8-12, 2015) and presented four different works by EDMANS group in the field of Energy Meteorology, remarking the importance of solar irradiance forecasting as a way to improve solar share in electric grids and assure power stability. 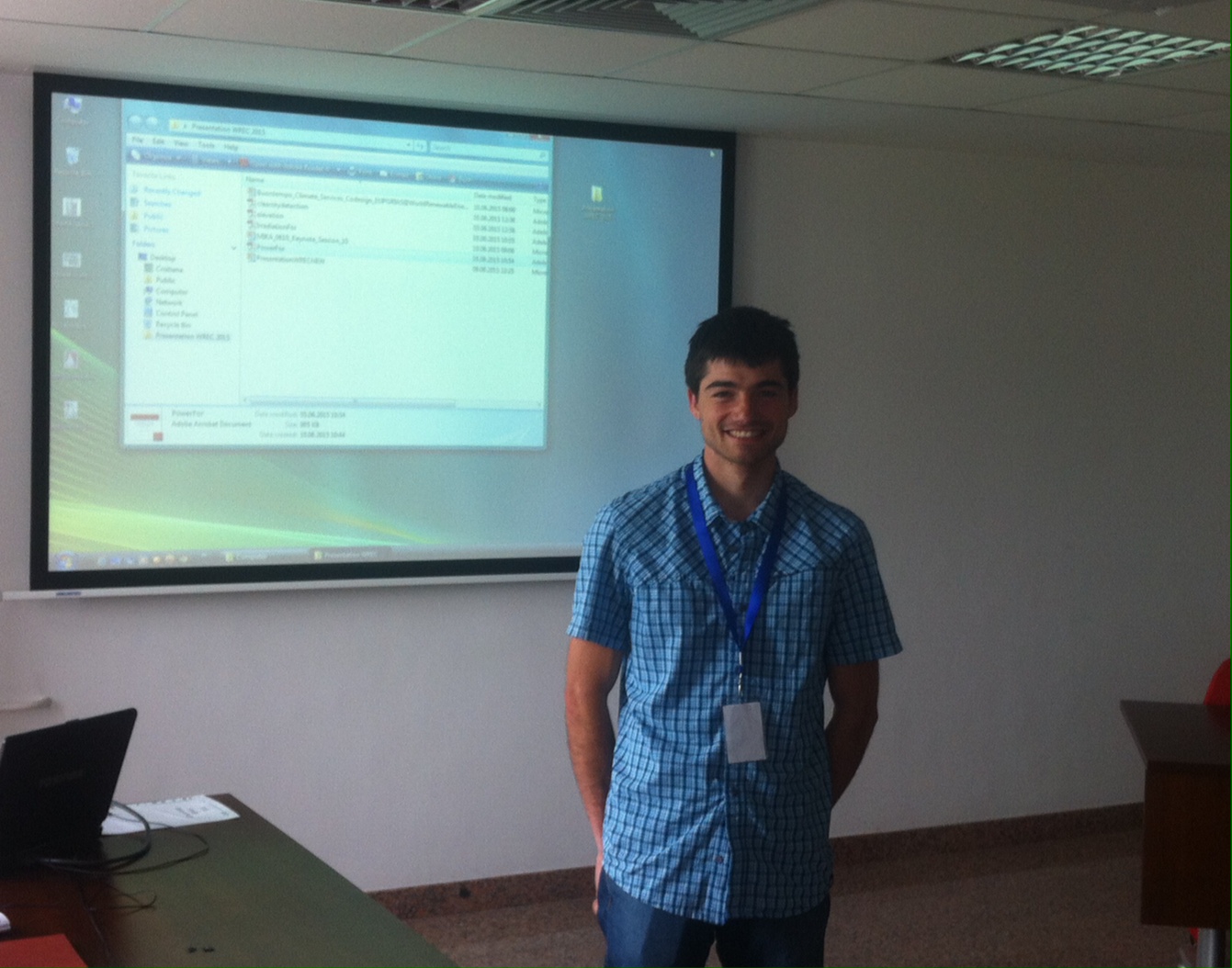 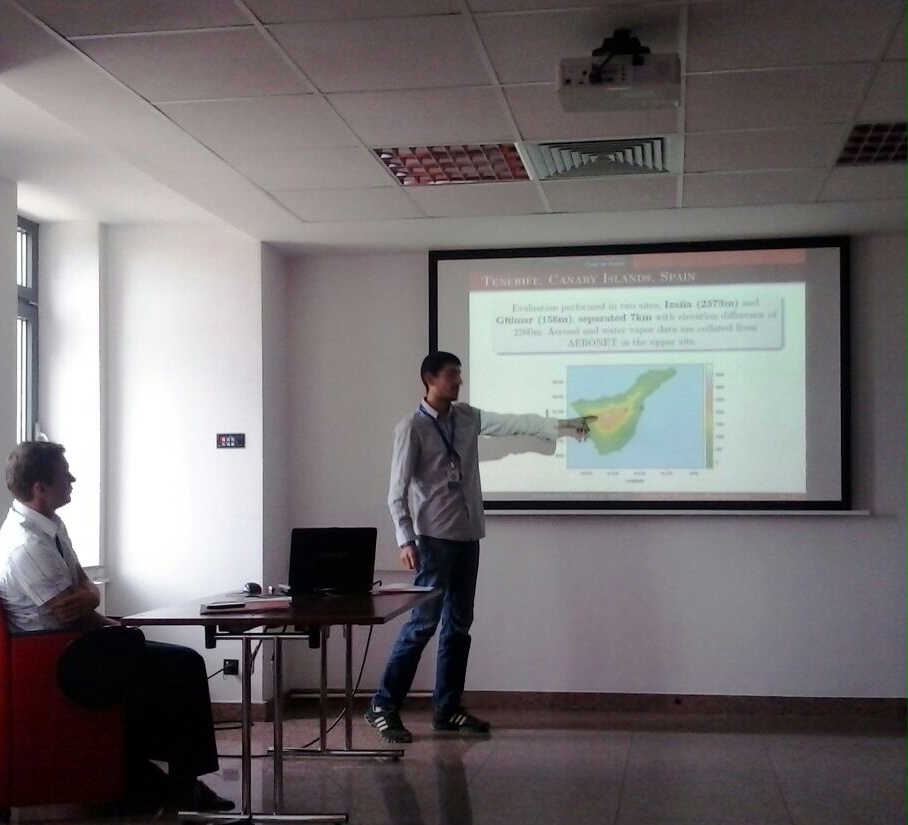 Today, February 12th, our colleage Andrés Sanz García has been awarded with the Special Award Ph.D. 2015 at University of La Rioja, Spain for his contributions in soft computing modeling for industrial processes. He is currently doing a post-doct at University of Tokio in tissue engineering. Congrats Andrés! 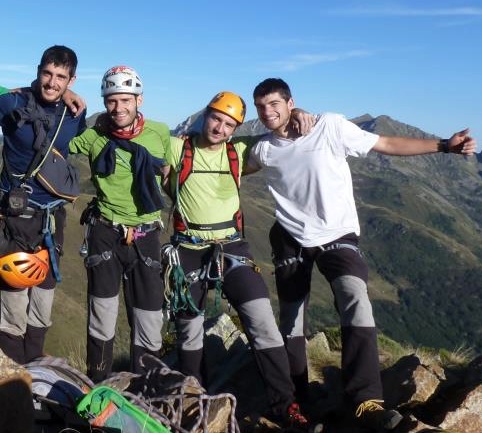 We have great news! The researcher Enrique Sodupe is going to be part of our group in the following weeks, having acquired a FPI scholarship by the Regional Government of La Rioja. Congratulations Enrique!

The EDMANS group has been present in the Enersol-World Sustainable Energy Forum (WSEF 2014), hold this year in Tunisia from November 26-28th, with the presence of many researchers and solar energy stakeholders. Two different contributions were presented by Fernando Antonanzas in the field of solar radiation estimation and forecasting entitled "Estimation of solar global irradiation towards solarization of rural communities" and "Linke turbidity prediction for improving solar radiation forecasting". 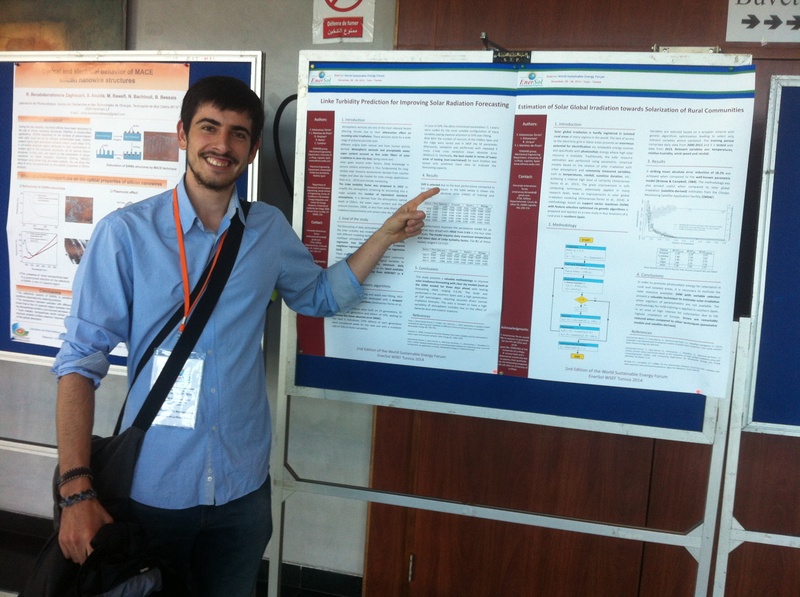 New researchers in the EDMANS Group

The EDMANS group will integrate from this September two new researchers, Javier Antoñanzas Torres and Rubén Urraca Valle, having received PhD scholarships FPI and FPU, respectively. These scholarships consist of a four year period with the possibility of doing research stays in national and international centers and also teaching.

The research line of Javier Antoñanzas Torres will be focused on the solar energy modeling, continuing with his previous works developed in his final project of its bachelor, in which it was analyzed the potential integration of solar energy in combined cycle gas turbines and in his master thesis, in which he researched in hybrid (photovoltaic-thermal) solar panels.

Rubén Urraca Valle will be researching within the VINE ROBOT project awarded by the 7th Framework Program, in which the EDMANS group cooperates. He will work on the analysis and modeling of variables relative to the quality of the grapes with data mining and artificial intelligence.

Both Javier and Rubén have been actively working with the EDMANS group during the last years.

EDMANS group researcher Ms. Fernando Antoñanzas Torres completes a research internship at University of California San Diego (UCSD) under the supervision of professor Carlos Coimbra (http://coimbra.ucsd.edu) focused on the study of short term solar irradiance forecasting. This internship of 4 months long represents a milestone in the research line of solar energy that the EDMANS has been working on during the last years. The promising results will be presented in international journals and conferences.

We have moved our website from http://www.mineriadatos.com to our new domain http://edmans.webs.com. We are sorry about the inconveniences caused with it.